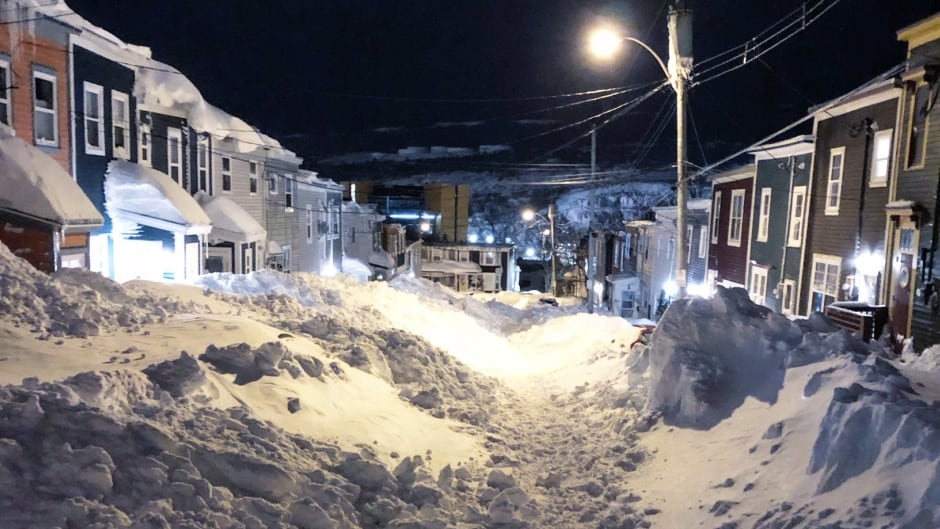 On January 17, 2020, Newfoundland was hit with the biggest snowstorm in recorded history. In the matter of about a day, St. John's, the capital city of Newfoundland & Labrador, received around 76CM of snow. Mount Pearl, the sister city, was hit with an even bigger amount - 93 CM (or 37 in). To put that in perspective, the average ANNUAL snowfall amount in Chicago, Illinois is 36.7 inches, which is how much part of Newfoundland received in a single day.

Because of the unprecedented amount of snow, St. John's and many other communities went into lockdown. Driving was forbidden, but also probably very difficult or impossible for many people. They needed to keep roads as clear as possible to allow snow clearing heavy equipment to do their jobs.

After a few days, people were allowed out of the house for specific reasons - to get groceries or to go to work. It was kind of a precursor to the Covid-19 pandemic and some of the procedures in place for that.

I remember one day my wife and I decided to venture out for a walk. It was very eerie. On the road near our house which is usually very busy, there were very few vehicles. It was very quiet. There were, however, many plows and other trucks clearing the road of snow and slush. It was like there was a massive project underway and otherwise society had stopped.

I am recounting this story to give people an idea of life in Newfoundland, from which our top-quality seal oil comes from. So when you think Terra Nova Seal Oil think snow, and lots of it. I should point out though that the Atlantic Harp Seals do not come from the St. John's capital city area, but rather from the oceans surrounding the more northern parts of the province.

Have a great day.