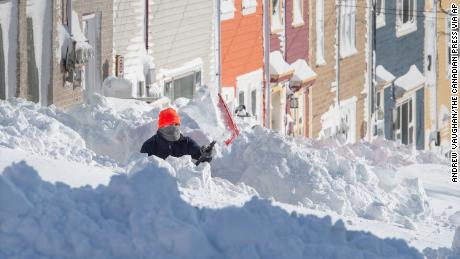 A couple of days ago I wrote about the massive snowstorm which was endured by Newfoundland on January 17, 2020 and has been labeled Snowmaggedon. So far this year it has been almost the opposite. The only main snowfall we've had in St. John's was around 15cm last week. For the date being January 21, that's not bad at all. However, that may all change very soon. Any minute now, we are expecting to start receiving a major snowfall in the metro region and other parts of the province. The latest projections that I saw were estimating 30-50cm, which is about 1-2 feet or so.

Newfoundland is one of the snowiest places in the world. In fact, besides a few places in Northern Japan, it seems Newfoundland is probably the snowiest. Many people love the snow because it gives them a chance to participate in one of the many snow sports in the province such as skiing, skating, snowmobiling, snowshoeing, etc. On the other hand, most people do not like the snow because the only activity they really get is either shoveling or snowblowing.

Stay safe everyone as we brace for impact. We hope that it will pass by without much fanfare, but as we say with Newfoundland weather, it's so unpredictable that if you don't like it, just wait 5 minutes.